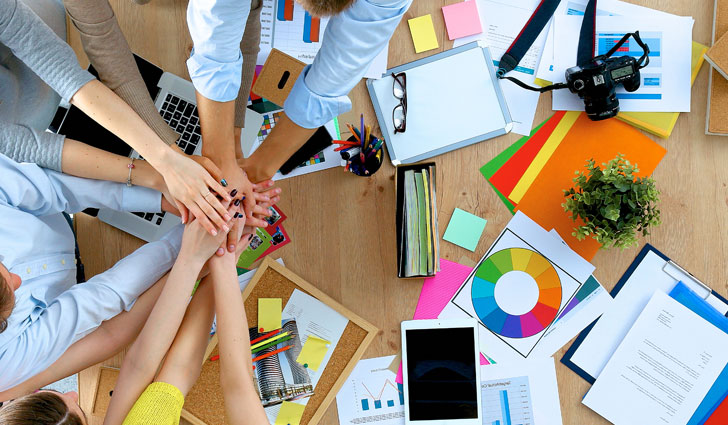 Management-with its payload of significance, its role, and functions-is unanimously accepted, manifesting itself as a dynamiter’s element of progress in different areas. During the Time management has evolved, becoming in the hands of an entrepreneur or manager an instrument of particular importance, which has decisively favored the achievement of higher results and the orientation of enterprises towards prosperity, the favorable effects are felt by all unit components. Moreover, starting from the way in which its functions are exercised, it was tried to explain the superiority of some undertakings in relation to others and, in general, the economies of some countries to those of other countries.

Of course, the role of management in reaching an economic unit of an appropriate level of development, which would place it in a privileged position towards others, made that after the year 1900 and, in particular, after 1940 to know broad applicability. Always enriching as an effect of the positive and negative experience of managers. Conclusions from the analysis of what was done right or wrong in conducting managerial processes. New knowledge has been acquired and systematizes, in an unceasing way, by printing management an ever-increasing character of scientific discipline.

The etymological origins of management are sought by returning to not so close times. An approach from this point of view highlights the fact that the management – the word introducible, also considered by countries (France, Germany) which shows infinite precautions when it comes to adopting foreign terms, is apparently, of Latin origin. Management meant leadership. In France, trying to play it through “gestion” proved the lack of a total identity between this term and the management. As for its Latin origin, it is appreciated that the English verb “to manage” has the same provenance with the ceaseless noun in the language Romanian overs 100 years “manej”. which I turn comes from Italian “managgio” and is sent to the Latin “manus”.  A decisive influence had a French verb “manager”(to use with economics, to treat someone carefully), due to the fact that a period of time in England the official language was French. Simultaneously, the influence of the French word “manage” (from which Romanians made “housekeeping), meaning among others: management, management of a house was also felt.

Much later, at the beginning of the twentieth century, he entered the economy, where it expanded mush and where it remained definitive. According to some opinions, it is appreciated that the imposition of management in economic activity is due to the publication in 1941 of the work “The managerial revolution” developed by American J. Burnham. Its other merits are underlined: the imposition and definitions of the concept of “management” and “manager”, emphasizing the essential role of the manager, that any society, which wants to thrive economically, needs managers. (Moga, Voicu, Radulescu,2003)

Two types of processes are encountered in the activity of an economic unit: execution processes and management processes.

The execution processes are characterized by the fact that the workforce acts directly on the objects of work through means of work or indirectly, with the help of special categories of means of work, having the right result of obtaining products, of a certain degree of processing or services, corresponding to the nature of the production processes involved and the preset objectives. Management processes are generally characterized by the fact the part of the workforce existing in the unit acts on the other majority in order to attract the establishment’s preset objectives in an organized way. In this context, the management process is a set of interventions whereby the manager performs management functions. In general, the management process can be defined by the “phase assembly, processes, determining the objectives of the unit and of the incorporated subsystems, the resources and processes of work necessary to achieve the and their executors, whereby it integrates and controls the staffs work, using a complex of methods and techniques in order to correct the reasons for the establishment of the unit as efficiently as possible.

Essentially, the management process consists of the exercise of management functions, structured in a three-phase logical succession:

-The first phase comprises the work processes aimed at establishing the objectives of the establishment and its organizational subdivisions and those necessary to achieve the intended purpose. This phase is characterized by the preponderance of the foresight activities, so the exercise of the forecast functions and by ensuring the manifestation of the other functions of management in a prospective vision. The scope and intensity of these processes manifest in particular, at the superior scaffolding of the management system, as a consequence, strategic and tactical decisions have priority.