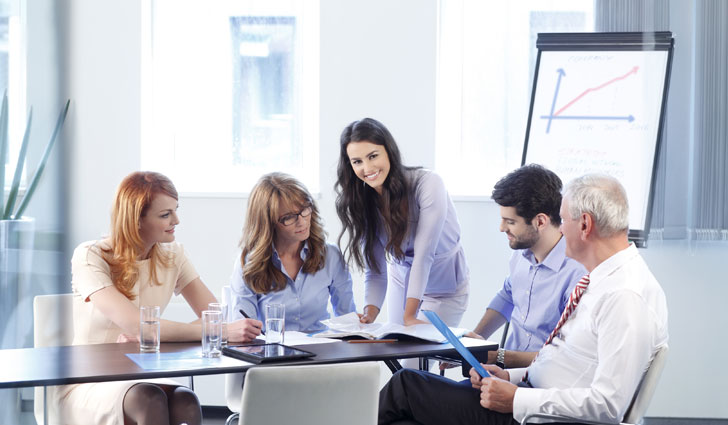 Feasibility study for the Informatics application

Developing a system can cost millions of dollars and can be achieved over three to six years. For these reasons, it is normal for leading factors to start designing a new application after feasibility studies are carried out.

A feasibility study is designed to provide the objective information needed to know whether a project can be started or not, or if a project already started can be continued. The proportions and duration of feasibility studies vary, depending on the size and nature of the application to be implemented. Study teams must include both people with high knowledge and experience in the activities of the studied units. If the unit does not have adequate staff for the study, then it will be able to hire such specialists from outside. Teams must also have in structure both management and international control teams or internal revision. Last but not least, the team must be part of the users’ representatives.

The feasibility of the project can be studied at any stage of its elaboration, but studies, as a rule, are carried out in definite moments. When a project is proposed, a preliminary feasibility study is carried out to determine whether the project achieves the objectives proposed by the establishment.

The analysis, in its first phase, can be however subjective, since the project is not presented with luxuries of detail. However, as soon as a clearer situation is achieved about the system, the nature of the problem to be resolved, as well as the user’s wishes, the preliminary measurement of the feasibility can be determined with the analysis phase of the system. When designers offer two or three variants of system development, only feasibility studies can bring out the optimal one.

After the primary design of the system has occurred, the cost elements of design, implementation, and exploitation can be determined in detail. It is the last chance of the units to be able to give up the system before its implementations.

Along the way, with the progress made in the development of the system, more and more arguments are being obtained, giving the possibility of more conclusive feasibility analyses, which attracts the study of feasibility at various phases of the cycle of system life. Each time, feasibility studies must be based on very good documentation.

In general, the development of an application in an integrated development environment consists in building a project that must manage a number of components such as:

-The data structures used by the application, such as database schemas;

-Components that will generate the application interface: menus, forms, reports;

-Various reusable libraries (classes), useful in standardizing applications and increasing the productivity of the development team

From the moment of its selection, the project passes into the initiations phase, which implies the pursuit of laborious activity, performed by a responsible, known in practice under the name of the project manager, which is responsible for:

-finding the best members of the project team;

He must shoe many qualities to be able to juggle with elements such as:

-the lifecycle of systems;

-restrictions of time and resources;

-the expectation of managers and customers;

The activities in which the project manager is involved are:

This are situations in which he must implement different qualities, such as interpersonal, analytic, managerial and technical ones. The activities performed during the project initiation phase are:

-establishment of the project initiation team

The activity is oriented towards organizing the members of the design team, who will participate in the performance of the project-specific activities. One of the members will be the project manager. As a rule, teams consisting of representatives of users/management and the development group of the information system are formed.

Beneficiaries have special treatment; in this case, they are members of organizational components of the unit or the team management team.

Good relations with them means partnership and trust.

-establishment of the project initiation plan

The activity involves defining the activities to be organized by the initiation team during the period when it is working to complete the scope of the project.

Managerial procedures shall be established by a committee/council of the priorities of its system by the development group of the information system.

The establishment of managerial procedures implies, in particular, the establishment of the mode of communication in the team and the reporting pathways, the assignment of tasks and their role, the procedures of changing the project, and the description of how it will be entered into possession of the necessary funds and how they will be used.